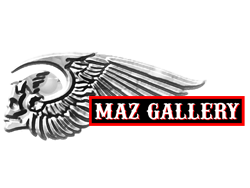 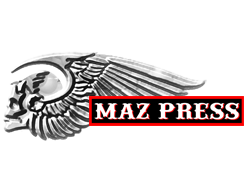 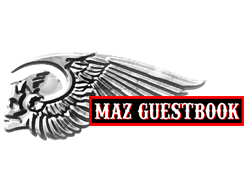 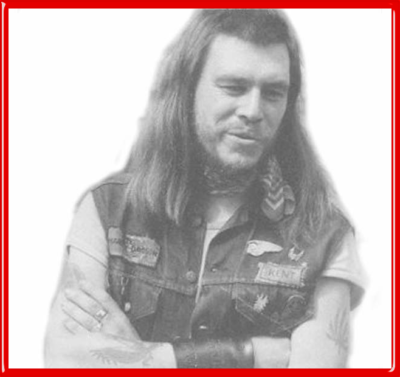 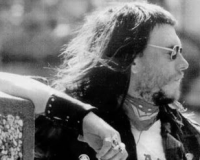 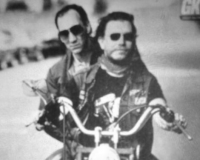 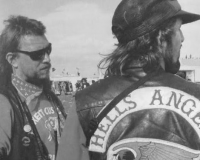 On July 26th 1949, to Jack and Betty Harris, an eminent biker was born.
A bouncing bundle of joy given the name Ian Richard Harris, who would later be known to us all as ‘Maz’.

Maz would have us believe, and believe we do, that his love of motorcycles had stretched four decades.
From the early age of two and half he remembered sitting on his Uncle’s 650cc BSA with his young
imagination running wild.

It was not until just before his sixteenth birthday however, that he bought his first bike, a 500cc Ariel, for the
princely sum £7. It wasn’t new, but to Maz it was his first real taste of something great and rewarding.
A lifestyle undoubtedly within him from the beginning. Interestingly, the year of this purchase was 1965, a
year that would see many a rampage, particularly on the beaches, by the infamous ‘Mods & Rockers’.
This of course instilled a great fear of motorized two-wheeled vehicles into even the most liberal of parents.
Amusingly, Maz’s Dad had said to him exactly the same thing as my parents had said to me, and no doubt
many of you encountered the same, which was of course that age-old piece of advice,
“Why don’t you wait another year and buy a car instead?”.

That’s not the only thing we had in common though. Like the rest of us natural-born bikers, he had got wet
and cold riding them, pushed the bloody things miles when they broke down on him, sworn at them, thrown
spanners at them, and yes, the one we all love to hate, been stopped, searched and sometimes even arrested,
just for riding them.

As it turned out, all was not in vain because in the early Seventies (pre-1976 amalgamation into Kent as one club)
he proudly joined Hells Angels M.C. England of which he would become a member for over 25 years.

These lifetime experiences would prove invaluable and helped him gain is Philosophy Doctorate and
Sociology Degree. These were awarded to him after a seven year course at Warwick University.
Hells Angels Kent allowed him ‘time off’ in support of him achieving these important goals. With such experience,
insight, intelligence and now recognised qualifications on paper, it was hardly surprising that he was the favourite
man for the job of press officer for the ‘Bulldog Bash’ and, just as importantly, official press officer for
Hells Angels England for over 12 years.

Maz had an influential part to play in many important new ventures such as the birth of the Bulldog Bash and
the early stages of Motorcycle Action Group (M.A.G.).
He has also written two books ‘Sturgis 50th Anniversary’ and ‘Bikers – Birth of a Modern Day Outlaw’.

Dr. Ian ‘Maz’ Harris PhD has become one of the most important figures in biking history. A position which he
would have modestly denied liking, but deep down we all knew he loved the attention really!

This is a very small insight into the world of Maz Harris, but if you were lucky enough to read any of his work in the
biking press, such as ‘Heavy Duty’, ‘Super Twins’, Back Street Heroes’, ‘Hog Mag’, ‘Custom Bike’ and ‘Freeway’,
then you would have appreciated his wit, contempt of the ignorant and yet the air of compassion about him that so
many of us loved, despite the fact that in the later years he suffered from M.E.

For those of us who knew him personally, the loss was immeasurable, not least to his family including Sister Jane
and his Hells Angels Brothers all over the world.

31st May 2000 is a date that will not be soon forgotten as it was the date a man’s life was taken, a man who had
done so much but who still, as always, had loads left to do.
He was a man whose work has touched all of us, in one way or another, and some of you won’t even be aware of it.
Long after his passing we still have reports of the selfless things that he had done, some acquaintances and lots
were strangers who had written and asked for his help or advice. He thought of all these people as a brother or
sister bikers. His unsung work had touched their very sole.

To quote: The President of H. A. MC. Kent, Herman.

“We can never say goodbye, just see you later.”

Written by Zoe with contributions by those of us who knew him best.